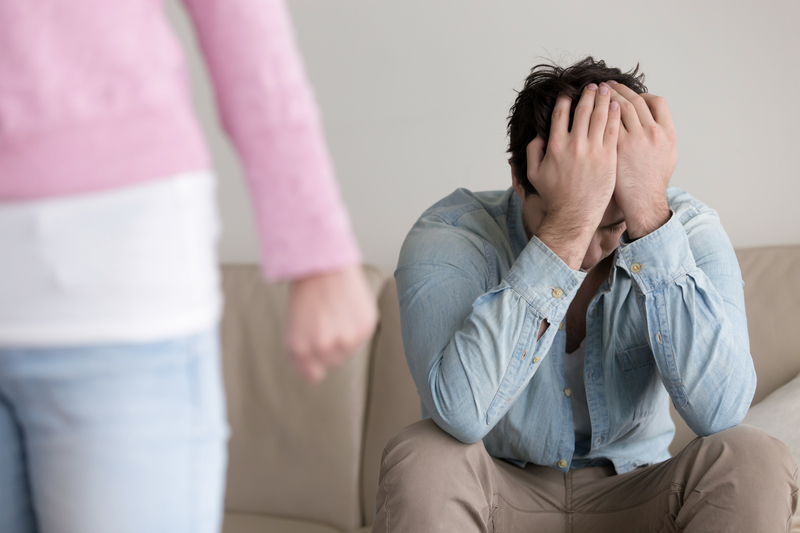 Sometimes relationships just aren’t meant to be. Love has plenty of ups and downs, but increasing negativity can be a sign that a relationship is simply not working out. However, relationship problems can be complicated, and it can sometimes be difficult to tell whether or not it’s time to leave, or if we should stay and keep trying. In some cases, the former option is the best one for ourselves and our partner. Trying to maintain an ultimately toxic relationship can have numerous adverse physical and psychological side effects.

The Dangers of Staying in a Toxic Relationship

Studies have shown that those who stay in such relationships rather than ending them are negatively impacted in their self-esteem, perception of self-worth, and overall ability to seek enjoyment in life. That being said, actually ending a relationship can be a very painful process, which is why many of us try to avoid it. In other cases, however, ending a bad relationship can be a huge relief. There are also instances where, rather than acting manipulatively or abusively, both partners have just gradually drifted apart. In this scenario, neither person may be right or wrong, rather their interests and personalities may have just developed separately from one another, and therefore they are no longer compatible.

Ultimately, while we try to maintain the relationships that are good, or have the potential to be, sometimes relationships that cannot be repaired must come to an end. This doesn’t mean that anyone has failed or that they deserve to be vilified. Instead, it’s better to perceive it as a change in life stages. As one door closes, another opens somewhere else.

The 5 Stages of Ending a Relationship

But how can we know if our relationship is meeting its end? As it turns out, there are a few signs to look out for that can indicate whether or not a relationship has run its course.In fact, psychologists from the University of Tennessee, Vanessa Handsel, Kathrin Ritter, and Todd Moore developed a scale this year to examine the stages that they believed to concur with the end of a relationship. Their main interest was actually to determine how long it normally took for individuals involved in violent relationships to be able to remove themselves from their situation. That being said, their scale is actually applicable to all individuals in unhappy relationships.

These researchers based their scale on a more general theory created by James Prochaska in the 80’s and 90’s. This theory suggests that major changes in life involve a 5 stage process. In essence, any big life change, including the ending of a close relationship, is more than just a simple yes/no or stay/leave dichotomy. The model, then, known as the “State of Change” model, assumes that there are certain steps which precede this change and those that follow it. By understanding these changes, we can better help those who are struggling in this difficult time. This model can also help therapists and counselors better attend to the needs of their patients who are undergoing a major life change and help them through the transition.

When tested in a study, the questionnaire based on this model, called the “Stages of Change in Relationship Status,” or SCORS, was found to be quite effective in determining where participants were in terms of their decision to leave their relationship. However, they also found that even those who believe they are ready to make the necessary change in their relationship may hesitate to do so when the time comes to actually make that change.

Are You Ready to End Your Relationship?

This in mind, the scale itself has been shown to be highly effective at determining what stage an individual is in with regards to whether or not they are ready to initiate a change in their relationship. Below are the five stages that the researchers identified:

This is the point of initiation. One of the partners has begun to try to end the relationship. This can mean that they’ve started talking less to their partner during their time together. They also may be thinking of their partner less and less, and instead prefer to spend time with others.

This stage means sticking with the relationship’s end. It may mean changing one’s daily routine to avoid contact with their partner, or avoiding places where they know they might run into them. Partners, or former partners, at this stage begin to get rid of any items which remind them of their relationship. They also declare that they will never revisit this relationship again. This is often the most difficult stage to achieve.

Every Relationship Offers a Lesson

Knowledge of these stages and their resulting impact on an individual or individuals within a relationship can help those close to them provide the support they need during these challenging times. This information can also help therapists to develop accurate advice and strategies to help their patients cope with, process, and ultimately understand how they’re feeling as their relationship comes to a close. Perhaps the most important lesson to learn is that despite being in a relationship, both partners are also individuals, with individual needs that need to be addressed and taken care of. If the relationship itself doesn’t recognize and attend to this, then it is not mutually beneficial. In that case, if things are becoming one-sided, or if no one is happy, it may be time to end the relationship. Whatever the case may be, no one has to be alone.

Call our office @ 800-278-9354 or fill out a confidential contact form to learn more about relationship therapy in Boca Raton.