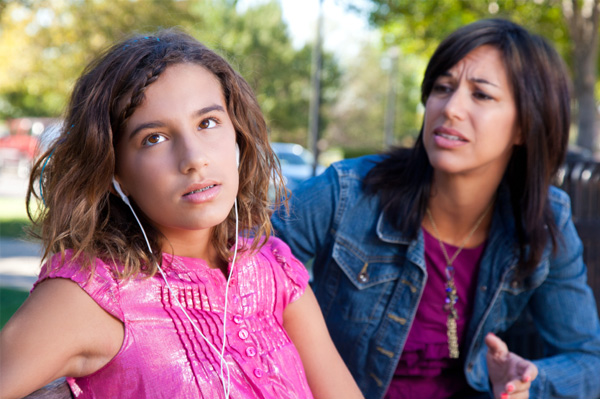 5 Tips for Becoming a Better Communicator

We’ve all experienced situations where we’ve felt angry or upset while communicating with someone, but have refrained from actually expressing how we feel. Instead, we let those feelings fester inside until they become volatile. Consequently, we might feel as though we are isolated or unable to be honest about our emotions, or, we fear that by doing so we will incur some negative consequence. Italian psychologist Francesca D’Errico and philosopher Isabella Poggi define this behavior through a term they call “acid communication.” According to them, acid communication is when “The person who performs acid communication is feeling angry due to some feeling of injustice and would like to express one’s anger, but cannot do so due to a feeling of impotence, both to recover from the injustice undergone, and to prevent the negative consequences of one’s expression.” This negativity then manifests alternatively in indirect or passive aggression because the individual feels as though their discontentment cannot be expressed directly.

What is “Acid Communication?”

The acid speaker is likely to use irony, sarcasm, insinuation, and indirect criticism in both words and tone of voice to project an image of collected intelligence. The same goal can be accomplished using certain bodily gestures or facial expressions, like the a9ll-too-common eye-roll. Such tactics are usually subversive methods of expressing aggression, often associated with feelings of being attacked or put in a place where one is made uncomfortable but feels unable to effectively express that discomfort.

5 Ways to Become a Better Communicator

Any successful dialogue is well-balanced and allows each participant to adequately express themselves. To ensure this, remember to be patient and allow others a chance to speak and express their thoughts and feelings. In doing so, don’t interrupt the other speakers. Doing so can make them feel as though their contributions aren’t valued and therefore upset them. Filling in awkward pauses or silences is one thing, but interrupting someone’s train of thought to interject your own thoughts and opinions is another. Also, both when initiating and maintaining a dialogue, be sure to frame your comments to allow for opportunities of interaction. What this means is that asking questions or leaving statements open for the input of others can be a good way to encourage your conversation partners to feel as though their thoughts and feelings are welcome and willing to be heard.

Just as you would expect others to listen to and respect your words and opinions, so you should demonstrate that same consideration to others. A key element of successful communication lies in good listening. After all, all perspectives are valid in their own ways. However, this doesn’t mean that you have to agree with everything someone else is saying. Disagreement is okay. That being said, regardless if an individual’s perspective is directly in line with your own, each person has a right to express their thoughts and opinions, and those thoughts and opinions deserve the same amount of respect as your own.

3. Everyone Should Feel Encouraged to Participate

While initially this might seem like it once again focuses on the other members of a conversation, you, too, should feel encouraged and welcome to participate. A successful dialogue takes places when all of the participants feel welcome to express themselves. Just as you’ve been encouraged to let others voice their perspectives and opinions, so, too, should you feel free to express your own. Stifling one’s feelings, as we’ve examined, can lead to those feelings manifesting later in negative and unproductive ways. Instead, be honest with your thoughts and feelings, and don’t be afraid to change the subject if the one you’re currently discussing has become uncomfortable, or if you feel that an important topic is being overlooked. The key to initiating this shift successfully is to be honest about why you’d like to change the subject in the first place. Doing this can allow for others to see your perspective so your efforts are seen as productive rather than intrusive.

4. Moderators are Facilitators, Not Participants

At first glance, leading a discussion can seem like a powerful position from which one can successfully control an entire conversation. However, think of this position as moderative versus dictative. Rather than taking advantage of this control and dominating the entire conversation with your opinions, take the opportunity to make sure there is an even flow of participation and everyone is being allowed to engage in the dialogue. Its a good idea to pay attention to the flow of topics among speakers and choose contributors in a fair manner, agreed upon by the conversation participants. Moreover, it’s okay to volunteer help and advice when it’s asked for, but imposing one’s knowledge on others can be abrasive and make others feel as though they are less intelligent or less capable. Expertise is valued, but be mindful of what language both verbal and nonverbal is being used to convey this knowledge to determine whether or not it is being utilized effectively.

5. Don’t Be Afraid to Reflect

Reflection can help bring psychological closure to any dialogue. Don’t be afraid to ask yourself whether your thoughts  about an issue have changed, or whether or your thoughts about the views of others have changed. Questions like these can help one better understand the full effect of any interaction and thus bring about a sense of closure. Keep in mind that being a good conversationalist is about more than just maintaining a dialogue. Truly successful communication is when people feel valued, respected, and listened to. It is these conversations that produce the greatest strides and sense of fulfillment both in oneself and in one’s dialogue partners.

The CUDSAIR Method of Conflict Management

Love and anger sometimes feel like two sides of the same coin.  The people you love tend to make you angrier than people you do not love.  When you and the people you love get into fights, sometimes the fighting will dissolve into name calling or cheap shots to the point where the conversation is no longer a conversation – At this point is when conflict management is so important.  So often, arguments between friends, family members and spouses turn into an opportunity to say things that you do not mean or that do not need to be said.  This kind of fighting behavior can lead to the destruction of almost any kind of relationship.  In order to break this cycle and save your relationships, you can use the CUDSAIR method of conflict management.

What is the CUDSAIR Method?

The CUDSAIR method provides structure to your conflicts and helps you focus on what the current problem is rather than escalating into character attacks and other problems that do not factor in at this moment in this argument.  It can also help you work toward finding an understanding and working toward an acceptable solution for both you and the person you love.

Rather than jumping in with accusations and frustrations, make a conscious effort to deal with a problem together.  Instead of confronting each other, talk about confronting the problem and how you can work together to solve it.

U – Understand the Problem and Your Partner

The more you yell and make the conflict about only your feelings, the less you are going to hear and understand your partner.  In most conflicts, there is rarely a clear right or wrong answer.  You could be partly to blame for the conflict that you are experiencing.  It is important to really listen to and understand what your partner is saying.  Listen closely and fully.  Ask questions when you have them but you do not need to debate the validity of the claims your partner is making.  His or her feelings are valid because they belong to him or her.  You expect to be offered that same courtesy.

Now that you have both heard each other’s points, reiterate what you hear as the main problem and the source of your conflict.  You will need to understand the problem before you start to solve it.  Being on the same page as your partner is essential.  If you do not agree on the problem that needs to be solved, you should go back to the previous step.

At this point, you should start to brainstorm about ways to solve the problem at hand.  Since they are just ideas, your solutions do not need to be practical or realistic. They just need to be solution idea that will help you eventually come to a workable compromise.  Try to stay away from accusations or suggestions that are clearly meant to provoke your partner.  Write your ideas down.  There might be something that comes out of this discussion that will lead you toward a compromise that will suit you both.

A – Agree on a Solution

You should be done brainstorming, so now it is time to come up with the answer to your question or the solution to your problem.  Go back over the ideas you came up with during brainstorming and create the solution that will work best for the both of you.  You are going to need to make some concessions and do some work for the sake of having a healthy relationship and so will your partner.  No one is going to get exactly what he or she wants, but there is no reason why you cannot both have some of what you want. An imperfect solution that you both agree on is better than a perfect solution that leaves one partner out in the cold.

I – Implement the Solution

And now is when the real work begins.  You and your partner will both need to keep up your ends of the bargain and make the agreed upon solution work for both of you.

If this is a big solution, sit down every so often and talk about how things are going.  Make changes if something is not working and talk about the effectiveness of the solution.

Using the CUDSAIR method, you should be able to talk out any kind of difficulty you may have with anyone in a healthy and productive manner.  Dissolving into a screaming match is not going to be effective or healthy for either party.  This effective communication system can make conflicts easier to deal with and help you and your partner feel better about the state of your whole relationship.