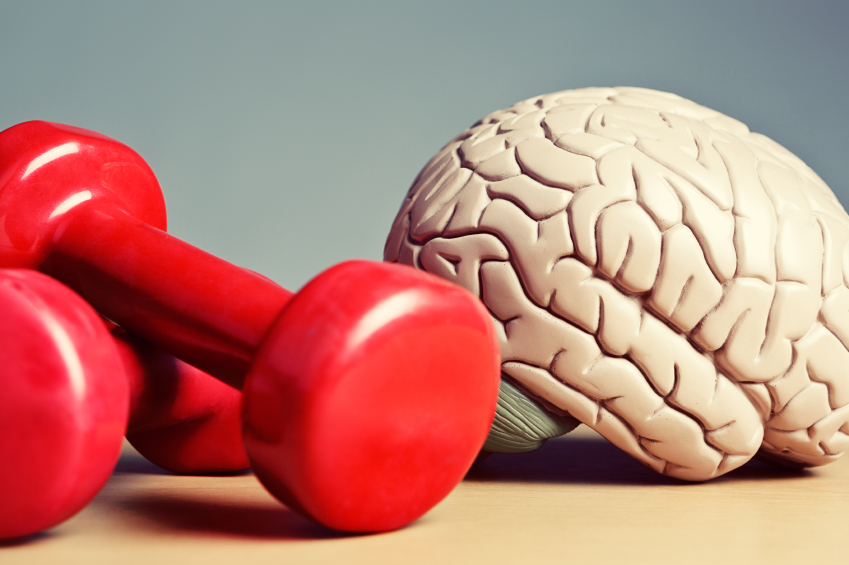 Perhaps you’ve heard the old adage “Brains over Brawn”. This saying is meant to imply that physical fitness may have its perks, but it’s more important to be smart than physically strong. This topic is brought up in numerous debates. After all, who should we look up to? The soldier or the scientist? The philosopher or the athlete? Both physical and mental excellence should be equally appreciated. Why dichotomize when you can have both? The ancient Greeks advocated the benefits of being fit in both body in mind, leading to their creation of the polis gymnasia – the center of political thought and culture which later became the foundation for secondary education in the Western world.

In fact, as it turns out, fitter bodies may mean stronger minds. The brain is, after all, a muscle just like any other and thus can benefit from healthy eating and regular exercise just like our bodily muscles. Recent research argues that fitter bodies can lead to more effective and longer lasting brains!

One such study, published in Gerontology by Dr. Claire Steves, uses data collected from twins to demonstrate how stronger bodies can affect the strength of our minds. Dr. Stevens a senior lecturer at King’s College in London who specializes in twin research. Why twins? Because twins normally share the same home environment and many, if not all, of the same genes. These would otherwise be problematic variables to consider for non-twin test subjects. As New York Times author Gretchen Reynolds explains: “if one twin’s body, brain, and thinking abilities begin to differ substantially over the years from the other’s, the cause is less likely to be solely genetic or the early environment, and more likely to be attributable to lifestyle, including exercise habits.”

Muscle power is widely considered a marker of healthy aging, particularly with leg muscles which are some of the largest muscles in the body. Studies show that older people with stronger leg muscles not only tend to get around easier but also tend to have sharper minds than those with weaker leg muscles. This discovery prompted inquiry into the relationship between physical and mental wellbeing, but previously it was unknown whether the effects were due to lifestyle choices, like exercise, or the benefits of good genes.

The Study That Proves It

It was this uncertainty that motivated Dr. Stevens to begin her research. To do so, she and her colleagues pulled data for 162 healthy, middle-aged, female twin pairs both identical and non-identical from the TwinsUK twin registry. The scientists looked for twins who 10 years prior had completed extensive computerized exams assessing their memory and thinking abilities as well as their metabolic health and leg-muscle power; the lattermost assessment measuring the individual’s leg-muscle force and their speed.

Why focus on muscle assessments rather than assessing their exercise habits? Because the former is more objective rather than relying on the individual’s recollections of how much they may or may not have worked out. To determine the correlation between leg strength and mental strength the scientists asked the twins to visit a lab to be reassessed. Twenty of the identical twin pairs also completed brain imaging scans.

After comparing the results of these tests with the results from 10 years earlier, the scientists discovered that of the 324 twins, those who had the sturdiest legs according to the initial assessment showed the least amount of cognitive decline a decade later. These results remained true even after the scientists controlled for fatty diets, high blood pressure, and shaky blood-sugar control. These differences were especially striking when observed in the twin pairs as the twin who demonstrated the greater strength 10 years ago tended to be a much better thinker than their twin whose leg strength was weaker. In fact, on average the muscularly powerful twin performed about 18% better on memory and cognitive tests than their physically weaker sibling. Similar results were displayed with the brain imaging scans.

Concluding the results of the study, Reynolds reports that “Overall, among both the identical and fraternal twins, fitter legs were strongly linked, 10 years later, to fitter brains.”

How Do to Brain and Body Tie Together?

But although these correlations were observed and confirmed in the study, the mechanisms which cause them were still unconfirmed. However, Dr. Matthew J. Edmund theorizes what he believes may be the underlying processes at work. He believes that the body is, in essence, one large information system. He explains: “The human body constantly remakes and regenerates information.  Information rich activities – like walking – generate more learning – and more effective bodies and brains.”

Thus, he states: “Health is about how you live.  How you live determines the information system you constantly remake to let you carry on.” In other words, our mental strength benefits from our overall health and wellbeing because our bodies are a full, functioning system. The information of our bodies is connected to our minds and vice versa, so physical health is not isolated but instead also impacts our mental strength.

In other words: there is no such thing as brawn vs. brain; there is only one body. So remember to take care of it. A healthy body means a healthy mind. The brain is, after all, a muscle.