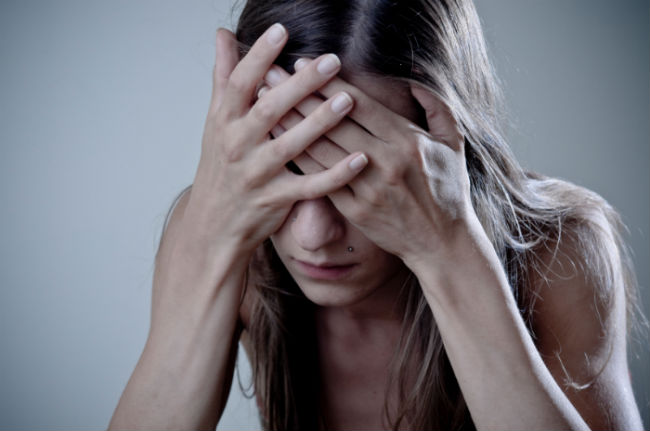 The Importance of Accepting Painful Emotions

It’s no secret that emotions are an integral part of being human. However, emotional experiences are many and varied. In fact, it is suggested that human emotions fall along a spectrum. By its very definition, a spectrum is a continuous sequence or range, making it an apt way to described the many and varied ways in which we feel. Unfortunately, this means that in addition to positive, euphoric emotions, we will also experience our own fair share of sadness and negative emotional experiences. What we must remember is that these emotions are equally as valid as their positive counterparts. As Dr. Judy Scheel, founder and former executive director of Cedar Associates, a non-profit organization for the prevention, education, and research of eating disorders states: “Whether we are willing to face it or not, the truth is that we all experience pain. We experience loss and separation as well. And often we experience those emotions because of or along with the people we love most — those with whom we share attachments.”

“Pain Is An Outcome of Love”

Dr. Scheel argues that pain is often the outcome of love, and as such the relationships we form with the deepest bonds have the greatest capacity to cause eventual pain. But does this make those relationships not worth having? Not in the slightest. However, Dr. Scheel points out that “Given this reality, you would think that as a society we would have developed ways to handle painful emotional experiences — especially among our family and friends. Yet often this isn’t the case. In many family settings positive emotions like love, happiness, and peace are far more acceptable than negative emotions.”

Of course, it’s far more easy to accept positive emotions than it is negative ones. Dr. Scheel believes that this is natural, seeing as in her work experience she has witnessed many families have difficulty with accepting and integrating negative emotions within their family framework, particularly when a loved one is dealing with an eating disorder. Unfortunately, this may be because in many households, and in our society, we have a tendency to categorize emotions as exclusively “good” or “bad”, thus essentially compartmentalizing our emotions into forms that are either acceptable or unacceptable.

Using the example of recovering from an eating disorder, Dr. Scheel notes that “Just as recovery requires eating a full range of foods, including food with fat, carbohydrates, and sugar, it also involves the integration of all emotions. We need to deal with both those that are ‘positive’ and those that are ‘negative.’” Integration of our emotions is essential to our overall happiness and wellbeing. Too often we are taught to “push past the pain” even though that doesn’t allow us to confront what we’re feeling and deal with it directly. We are encouraged not to dwell on negative emotions, which, consequently results in our inability to process or deal with them at all since we instinctively push negative feelings away. This is because we aren’t taught how to properly deal with them, so escaping them becomes the only logical solution.

Dr. Scheel explains: “While these seem like well-meaning attempts to minimize and soothe a child’s discomfort, they usually fail because they do not address the underlying issue at hand. They do not take into consideration how the child is feeling and what she needs from her parents. They tend to discount the child’s emotional needs and teach her to keep her feelings ‘inside’ or deny them entirely.”

Disconnection is an Issue of Attachment

Disconnection from emotions is ultimately an issue of attachment. When children express needs or fears to it’s an opportunity for parents to bond with them. However, when a parent dismisses or minimizes these emotions, it can result in a premature independence being fostered where the child becomes incapable of fully experiencing their feelings or understanding the motivations behind their behavior. This emotional infrastructure is ill-equipped for mature independence, where we end up being guided by what we think we should do rather than how we really feel about a given situation. Dr. Scheele suggests that “Rather than encouraging a healthy emotional dependence on us, so that they can learn to identify, experience, and accept their emotions (whatever they may be,) we teach our children to distance themselves from their emotional world: to bury feelings or, even worse, deny their existence. At the same time, we give them a false sense of dependency by providing comfort with the latest toy or apparel.  We teach them nothing of dealing with the pain, loss, or separation that is part of life.”

Emotional acceptance or lack thereof is not something that can be disguised by material possessions. Attempting to do so can lead to frustration and a tendency to determine our self-worth based on cultural norms and the perceptions of others. By defining ourselves according to the expectations of others, we set ourselves up for a number of image problems and future behavioral disorders such as eating disorders as we struggle to keep up with unrealistic ideals and standards of beauty.

Everyone experiences emotions but it is pivotal that we learn to address these emotions and give a name to how we feel. Accepting our emotions, both positive and negative, and everything in between, is an integral part of accepting our own humanity and learning to be comfortable with ourselves. Life is not all smiles, but it is every emotional experience and nuance that makes life truly worth living.