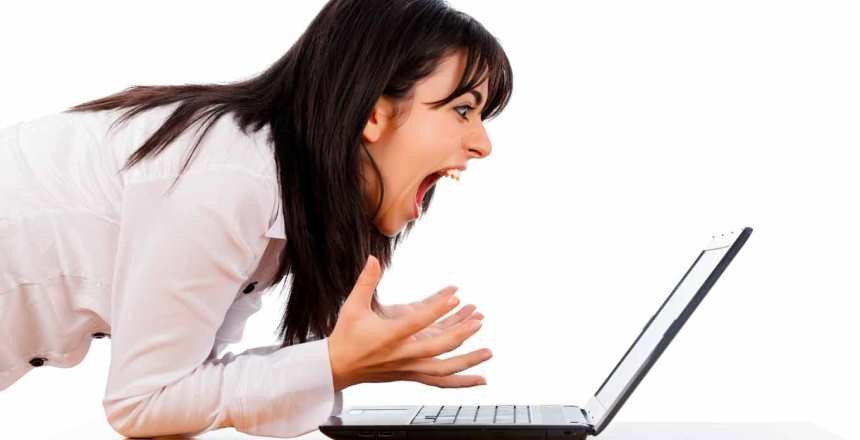 3 Types of Anger and How to Manage It

Everyone gets angry. Anger tends to have a bad reputation, but in reality, it can be a healthy part of our emotional expression. After all, it’s better for us to reveal why we are angry rather than bottle it up where it can become explosive later. In fact, that’s part of the reason why anger is so maligned: we are seldom taught how to express our anger in a way that’s healthy and constructive rather than unhealthy and destructive. When dealt with correctly, anger is just another aspect of our humanity. Anger can help us stand up for ourselves when we feel as though we’ve been dealt an injustice, or it can lend a voice to those who are too afraid to stand up for themselves.

In essence, it’s okay to feel angry. What’s not okay, however, is to let anger become abuse. The best way to deal with anger in any situation is not to let it become a means of hurting others, but rather to discover its source. Why are you angry? What is causing you to feel this way? By uncovering the true source of our anger we can not only better understand ourselves but can also redirect our energies from hostility to productivity. We can learn to manage anger better than just yelling and screaming aimlessly and hoping that whatever it is will just go away.

When we feel angry, we might feel tempted to blame others for our anger. After all, we wouldn’t be angry if everyone else just did what we wanted to, right? Well the world seldom works that way. We can’t realistically expect that everyone else is going to do exactly what we want them to all the time. Believing that this is a just expectation is essentially believing that one is entitled to the obedience and attentiveness of others. Unfortunately, many people who feel this sense of entitlement may also feel as though it is acceptable for them to bully others into giving them what they want. We might see this in abusive relationships, where if one party doesn’t accommodate the other they may face severe consequences. A frequently used tactics by such individuals is intimidation, which can be useful for bullying others into giving them exactly what they want.

Bullying is never an acceptable form of behavior. This is especially true when it is used as a means of expressing anger. The key to eliminating this negative form of expression, however, is to realize that blaming others solves nothing. To place blame completely on others is to avoid taking any responsibility ourselves, which can be a toxic pattern. In any social interaction, we play a part in the give and take. By ignoring our involvement we are placing ourselves above others and ignoring our part in our own emotional response. This doesn’t help us nor does it help anyone who may consequently become a target for our misplaced emotions.

I’m sure we all appreciate when things go according to plan. After all, it’s nice to have some stability in our lives, especially with all of the unpredictability life can deal us. Unfortunately, plans don’t always work out, and when they don’t, we must learn to reconfigure ourselves and move on. If not, we may find ourselves responding aggressively to such deviations. When something goes wrong or not as expected, we can’t allow ourselves to fall into a panic. This may be easier said than done, but panicking can essentially our emotions to take control of us rather than the other way around. When we panic, we might react in a way that is excessively hostile or irritable. In essence, we “snap”. Once again, this form of expression lacks any productivity or resolution. In what way do we benefit from snapping? How does this solve our problem? In short, it doesn’t.

There are better ways to manage anger than allowing it to spiral into a burst of aggression. Instead, we can step back and evaluate our situation. Taking deep breaths and counting to ten can be a good way of grounding ourselves and calming ourselves down so that we can better assess what’s happening. By doing this, we have a better chance of coming up with a better plan, or an answer, rather than simply resorting to panic and distress.

No one enjoys feeling like they’ve let anyone down. Unfortunately, however, for some of us this may translate to going to great lengths to avoid conflict, even if we are continually  compromising ourselves in the process. That being said, everyone has their limits. We cannot realistically expect that our problems will go away if we simply ignore them or pretend they don’t exist. Similarly, we cannot expect our feelings of dissatisfaction or anger to vanish just because we aren’t addressing them. In fact, the opposite is true. The negative feelings we are choosing to avoid are instead festering in our subconscious, waiting for the moment when we can no longer feasibly bottle up our feelings anymore.

The result? We explode. Think of it like steam building up inside a small container until it can no longer do so and needs to be released. We can’t possibly hope to please everyone, and neglecting our own emotional and mental health helps no one. Leaving our anger to build up until it releases itself in one burst of hostility can lead to strong feelings of guilt afterwards once we realize what has happened. In our quest to avoid hurting others by bottling up our feelings we may end up hurting them more once our anger eventually does manifest itself. The solution to this is to address our anger as we feel it by recognizing why we’re angry. Once we establish the source of our anger, we can better address it in a constructive means, rather than lashing out.

By following these key tips, we can better learn how to control our anger and express it in a way that is healthy rather than destructive. If you are working on living a life with less anger and frustration, call us. We can help.