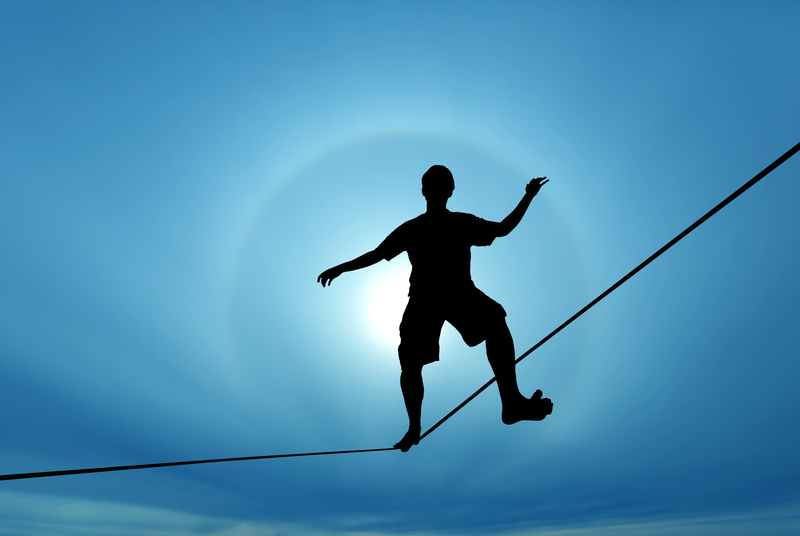 The 8 Types of Risk-Takers

There’s really nothing quite like the thrill of taking a risk. For some, the powerfulness of this feeling is enough to be addictive. Others, however, are satisfied merely taking risks on occasion. These people usually do not need to take numerous or great risks in order to feel content. It really all depends on one’s appetite for the sensation. Those on the more extreme end of the spectrum are commonly known and referred to as “adrenaline junkies.” These individuals appear to be addicted to the extreme behaviors related to risk, like bridge-jumping. Others, though, appear to be far more cautious, unwilling to even take minor risks in life such as experimenting with new foods.

What is Risk and How Much Should You Take?

But which is more correct? Should we engage in more or less risk-taking behaviors? As it turns out, risk, in moderation, is healthy in an evolutionary sense, which makes it very beneficial to us. Problems mainly arise when people fall too closely with opposite extremes. For example, people who are overconfident in their abilities have a tendency to minimize threats posed by risk, which can lead to the dreaded “crash” and “burn.” Conversely, those who lack confidence have a tendency to exaggerate threats posed by risk, which can make obstacles seem overwhelming and near impossible to surpass. In most cases, we are forced to make calculated decisions regarding how we feel about a particular situation, and how we plan to approach it.

Thankfully, nowadays, we know quite a few important things about the emotional state as known as risk. One of the things we’ve learned through the years is that regardless of domain (financial, ethical, recreational, health), there appears to be more consistency, rather than inconsistency, when it comes to risk-taking by most individuals. In fact, those who are more inclined towards risk-taking and those who are averse to it tend to compliment each other. However, risk-taking behaviors and whether or not we are more inclined to engage in them is dependent on three factors: age, sex, and class. For example, young people tend to be more risky than those who are older. Furthermore, men tend to take more risks than women. Interestingly, however, research shows that individuals who fall into the category of the educated middle class tend to take less risks than those outside of this classification.

The 8 Different Types of Risk-Takers

Personality factors play a big role as well in determining whether or not one is more inclined towards risk. These characteristics can determine how we perceive and understand risky situations in the first place. These, combined with situational, cultural, and social factors, all contribute to the development of a “risky type.” Such types, identified by a group of British psychologists, lead by Geoff Trickey of PCL, tend to fall into 1 of 8 varieties. Below are the types of risk-taking personalities and their defining qualities, sorted by least risk-taking to most.

The Key is Always Moderation

These findings show that risk-taking comes in all shapes and forms, but the key to success and safety when it comes to risk taking, is moderation, regardless of what “type” we might fall under. Studying these different types of risk-takers, though, is proving to be an interesting means of learning more about risks and how we respond to them. This information is not only useful to businesses, who thrive on risk and challenge, but can also help doctors better understand why individuals may seem more inclined to engage in risky behaviors.

Five Reasons You Could Benefit from Life Coaching

Life coaches have become more popular in recent years.  A life coach can provide a special value to a person’s life by providing non-judgmental support.  Life coaching is different from psychotherapy, but it can be used in conjunction.  Life coaching is about helping a person thrive in the present and create the life that they want to have. Life coaches counsel their clients in matters of career, relationships, and personal life.  Life coaches draw from the techniques found in psychology, sociology, adult development, marketing, and many other types of sciences that deal with the brain and personality development to help their clients.  There can be many reasons that you need a life coach.  Here are some of them.

You are Feeling a Little Lost

Maybe things are not going so well for you at the moment.  You may not know what you want to do with your life.  You may feel like you are just going through the motions.  Your routine may not be as fulfilling as it once was.  A life coach will be able to help you sort out what you really want and what you truly value.  Once you have figured out those things, you will likely be able to find your way a little easier.  You can decide what you want to do after that.

You are Having Trouble with Decision Making

If you are waffling about decisions that you think should be easy to make, you might need a life coach.  These decisions are not toast or English muffin kinds of decisions but rather to leave this relationship or stay kinds of decisions.  Everyone has a different method of decision making.  Some people make snap decisions and are confident in them.  Some people take a long time to mull things over.  Some people have to get opinions while other only need to make a pro and con list.  Whatever your style, a life coach can help you sort out the most important parts of the decision you are trying to make and show you the way to the right answer that will work for you.

You Want Help to Become a Better Person

Personal growth is one of the best things you will find about having a life coach.  One of the major pluses to having a life coach is that he or she is meant to be able to reflect you so that you can see your whole self from an objective point of view.  Taking this step back from yourself allows you to identify the parts that you want to keep and that parts that you want to work on.  When growth is happening in one area of your life, chances are it is going to happen in other areas as well.  Working on pieces of your whole life will give you the balance you are likely desiring.

Making the choice to step outside your comfort zone and try some new things can be easy.  Actually doing it is a whole other issue.  A life coach can help you take the baby steps you need to take to stretch your boundaries without breaking them.  A life coach will advise you about taking calculated risks and what steps you need to take to be able to achieve your goals.  Your life coach will help you make your way through the unfamiliar ground and move you up the ladder to where you eventually want to be.

You are Ready for a Change

Wanting to do completely new things in order to achieve your goals is different from just needing a change.  You may have just left a long term relationship.  You may have left a job or been forced to leave a job you have had for a long time.  You may have lost a loved one.  All of these things can make you feel like you are ready to change things up in your life by finding a new city, some new friends, a new job, or a new apartment.  All of these things can be helped by a life coach.  You and your life coach can brainstorm and explore and make a plan for what you are going to do with your life and how you are going to change to make yourself feel secure again.

Life coaches are not some kind of fairies that can fix everything for you – they are a great resource that can help you carve out a path for yourself.  They can help you find your way and make you into the most productive and happy person that you can be – and that’s pretty amazing.

How To Improve Your Sleep?

We hear it all the time.  “Have a good night.. Sweet dreams..” and the list goes on.  But knowing that it takes the average person about 7 minutes to fall asleep if it is taking you 20 minutes or more you clearly have a sleep problem and have wondered about how to Improve Your Sleep.  Doctors call this early insomnia, because it is a sleep problem that occurs early during the sleep cycle, right at the beginning, in fact.  If this is occurring you want to Improve Your Sleep.  This is as opposed to middle insomnia (waking up in the middle of the night and you can’t go back to sleep) or late insomnia (waking up much earlier than you want to).  Early insomnia is often a sign of anxiety with middle and late insomnia being signs of depression.  Regardless, though, you want to Improve Your Sleep and there is something you can do to help yourself.  Maintaining good sleep hygiene is how you Improve Your Sleep!  But how do you do that?

Tips To Improve Your Sleep

Getting Over a Breakup

This can be a good option in getting over a breakup if you used to like to go to a favorite restaurant; park or such with a former love and avoid it so as not to remember that person.  The way to do this is by taking your new love interest or even a friend or two to that place.  At first, in getting over a breakup, it will be awkward for you, but if you do it over and over again you will find that as new enjoyable memories are created the old ones will begin to fade and you will have your place back.

What is Offered by a Life Coach in Boca Raton Florida

Many of us have a tendency to consider New Year’s Day the time to look at our lives, create new goals, and set out on a path of personal change for the new year.  While this can be a successful method for some, we often give up on those goals after a short time and lose focus on personal growth until the next year comes around.  As a Life Coach in Boca Raton Florida, I always feel that it is important to check in with oneself on a regular basis and constantly assess what is going well and what could use improvement.  At Proliance Center, we offer the unique experience of working with a Life Coach in Boca Raton Florida to help our patients develop a plan for personal growth or change in any area of their lives they would like to improve.